It’s our first time going on a holiday organized by travel agency, usually we rather plan our trips by ourselves but this time we decided to take advantage of the charter flight and the all inclusive hotel. The only problem is that on Crete, the biggest Greek island, it would be better to divide the holiday in two – half of the time spend on the western side of the island, the other half on the eastern – this saves much time, otherwise wasted in travelling.

Eventually we decided not to stick to the group but to explore the island on our own. So we rented a car – I recommend CretaRent – very affordable price (no deposit needed), new vehicles, the car was waiting for us at the hotel.

The name of the hotel is Agapi beach resort  in Ammoudara and everything was great-several swimming pools, private beach and gardens, except the food served on dinner. It was actually ok, but there was a limited choice of sea food.

Luckily we stayed in one of the villas, not at the main building of the hotel. The villa was cozy and quiet and we had great sea view. 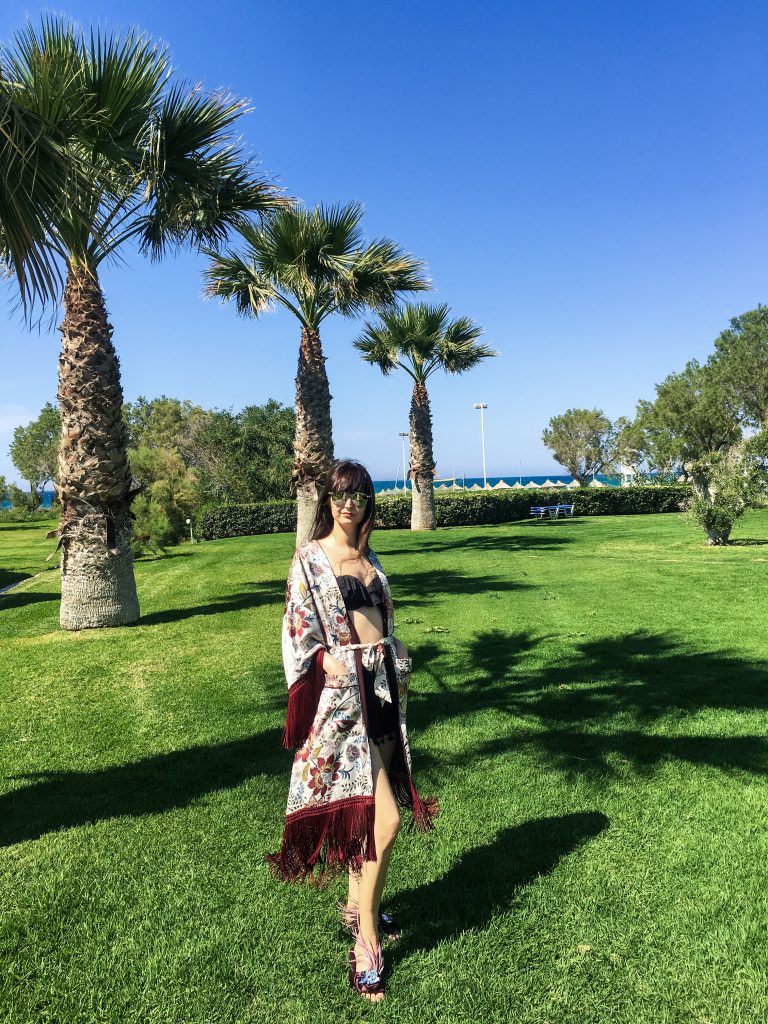 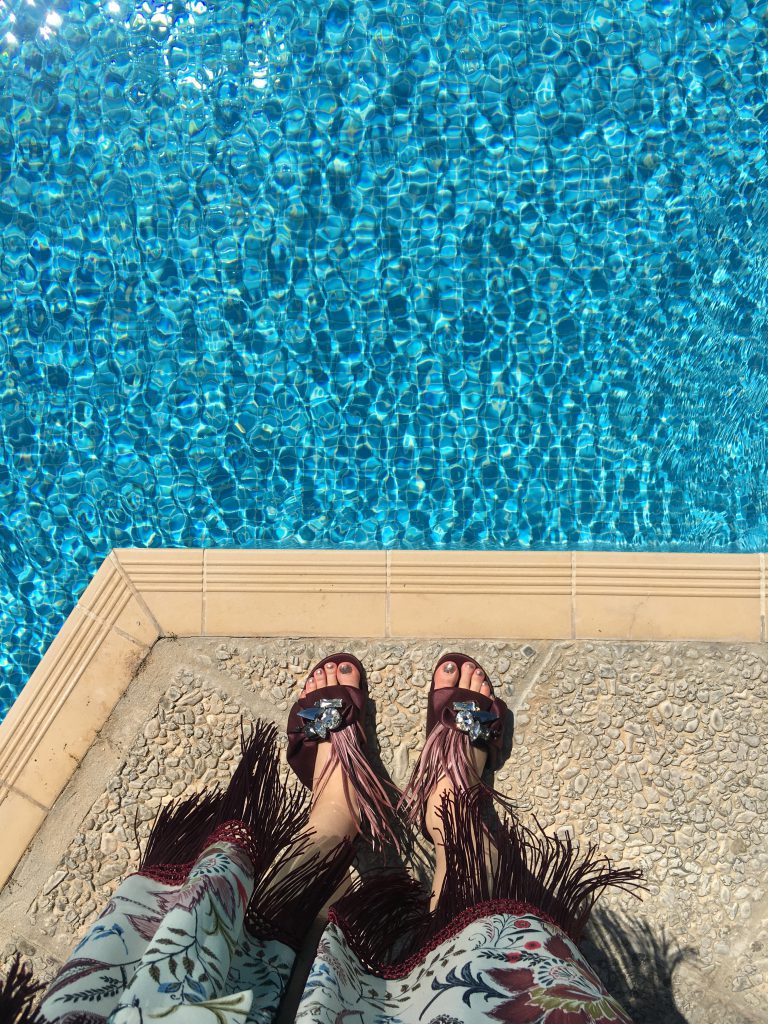 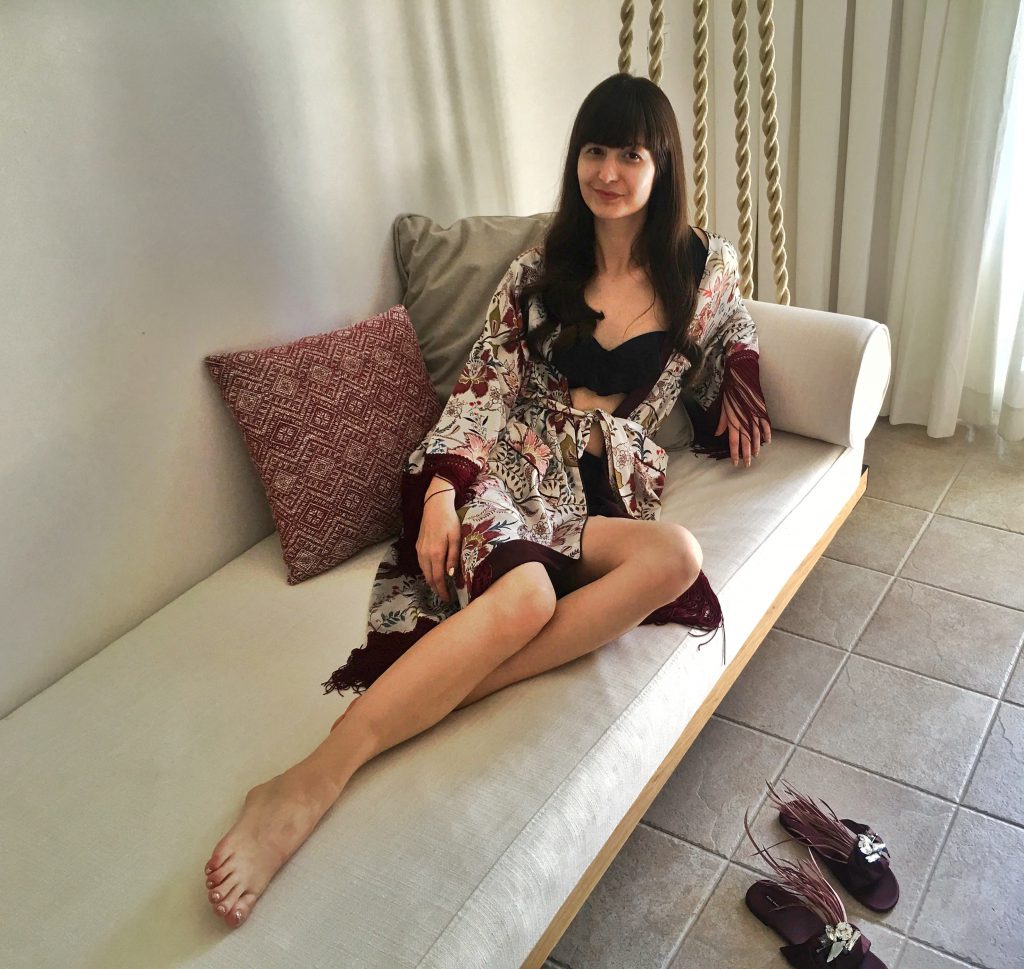 We arrived at noon so later we decided to visit Heraklion – the nearest possible destination to the hotel. This is the capital city of the island but you can definitely skip it if you don’t have enough time. There are few main streets with a lot of shops and restaurants, the coastal area is also nice for walks but nothing special. I put on a new pair of shoes and after one hour walking my feet were covered in wounds, so the rest of the holiday I was able to wear only two pairs of shoes that did not caused me any pain, and I brought 10!! What a bad luck!

We planned to travel approximately 300 km per day (around 5-6 hours spent in the car). Every morning we used to get up pretty early and have a quick breakfast. We’ll relax when we get old, now there are plenty of nice beaches to discover. 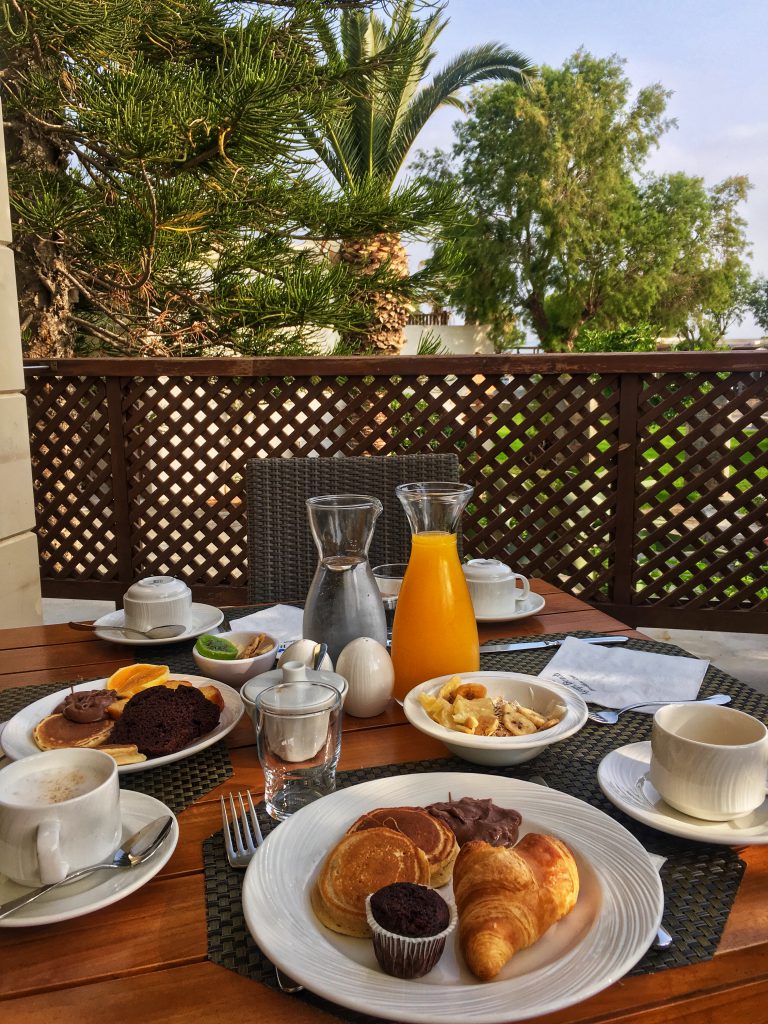 The second day we visited Seitan Limania beach – very picturesque spot, crystal clear water, surrounded by high rocks. You will need to go down to the beach by very steep path. Wear comfortable shoes! There is no place to buy something to eat and drink, so bring your own. 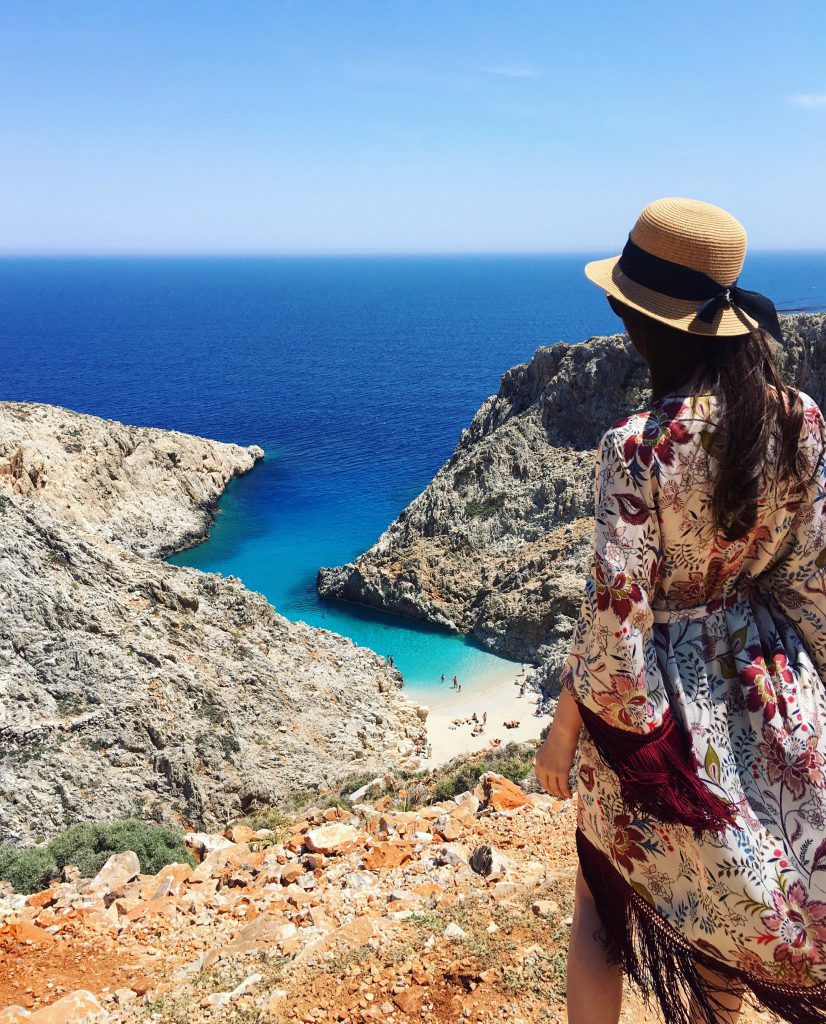 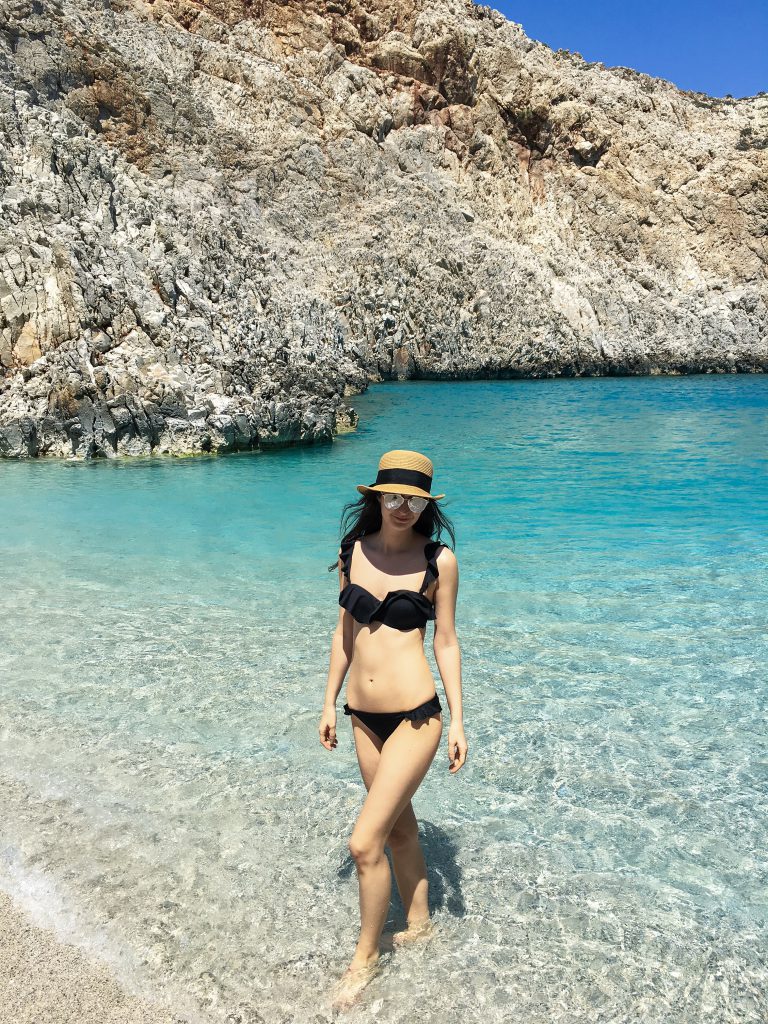 The same day we went to Preveli beach. Unfortunately we took the wrong turn and ended up travelling longer because the navigation apparently calculated it as the shortest road but it was narrow and 50 km/h was the maximum speed. So we reached Preveli pretty late but still we managed to enjoy a nice walk through the amazing palm forest on the beach. Very nice background for pictures by the way. To go down to the beach you need to take very steep path with many stairs (I have this feeling that 90% of the beaches in Greece are accessible only by this kind of rough paths). Still it’s worth it – the beach is great – there is a river flowing into the sea – really nice landscape. Also don’t miss the palm forest! There is small café/restaurant on the beach but it was closed when we arrived. 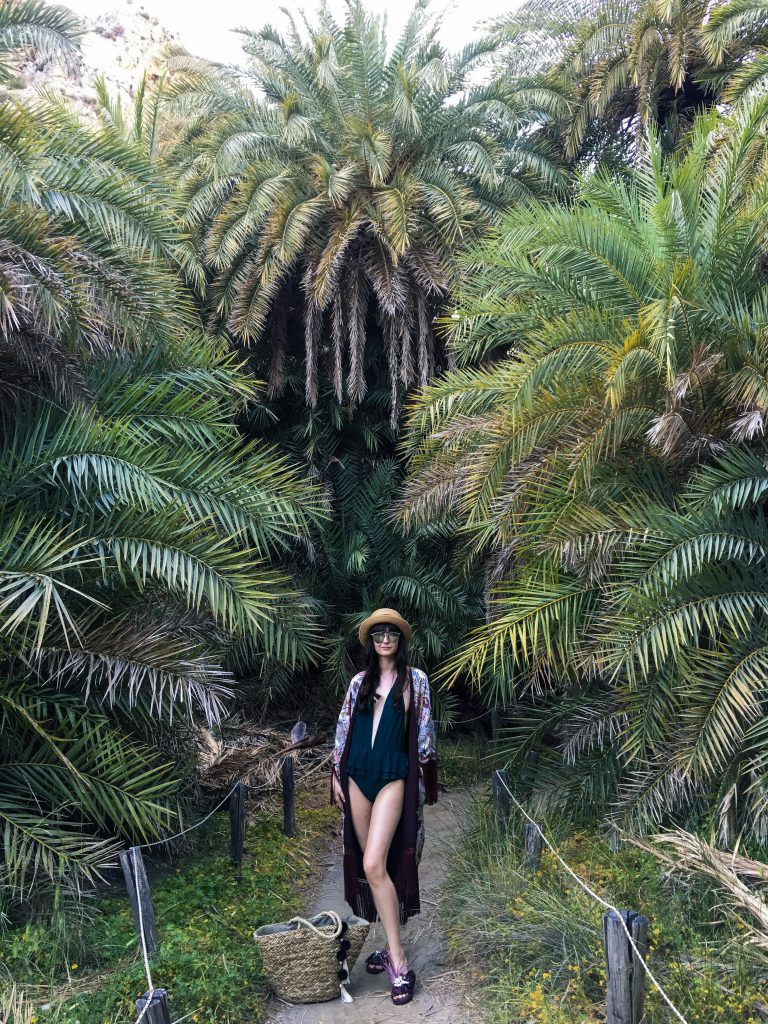 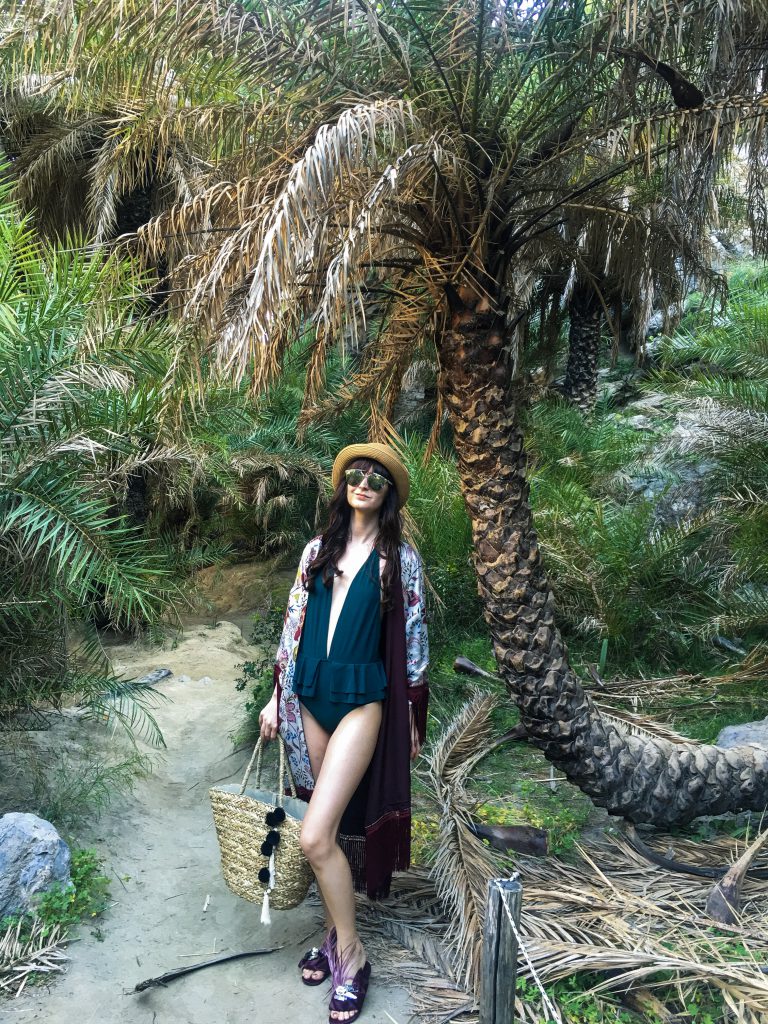 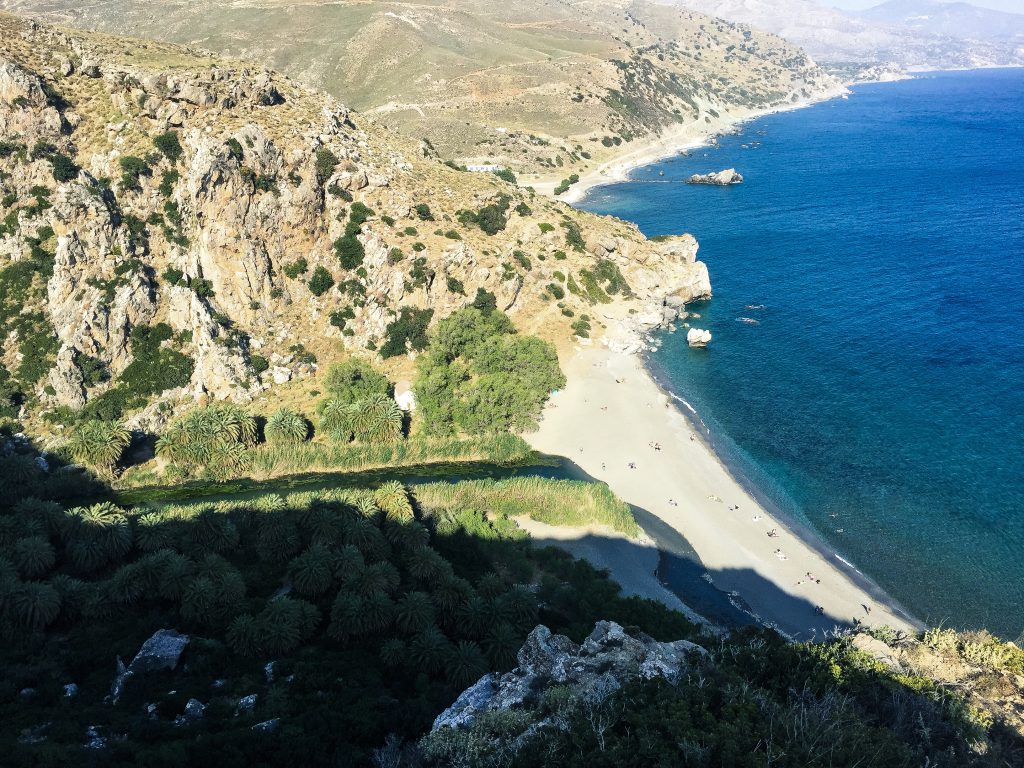 Another day, another palm forest – but this time a natural one! We headed east to Vai beach –  where you can see the largest natural palm tree forest in Europe. The eastern part is way drier compared to the western – which is higher and greener. The palm beach is surreal – I spent a lot of time taking pictures around the palm trees. There are both coffee shop and restaurant on the beach. Also, there is a parking – it was free in May but I suppose that during the high season it’s paid.

We decided to have dinner in a very nice tavern which we noticed on the mountainous road while travelling to Vai in the morning. We skipped the dinner in the hotel – it’s very crowded there and no sea food like I said earlier. So the place is called Panorama taverna (address on google maps – E75, Ierapetra 720 57, it’s on the main road Heraklion-Vai beach). The food was great and there is no need to say that the view was stunning – after all it is named Panorama, right? 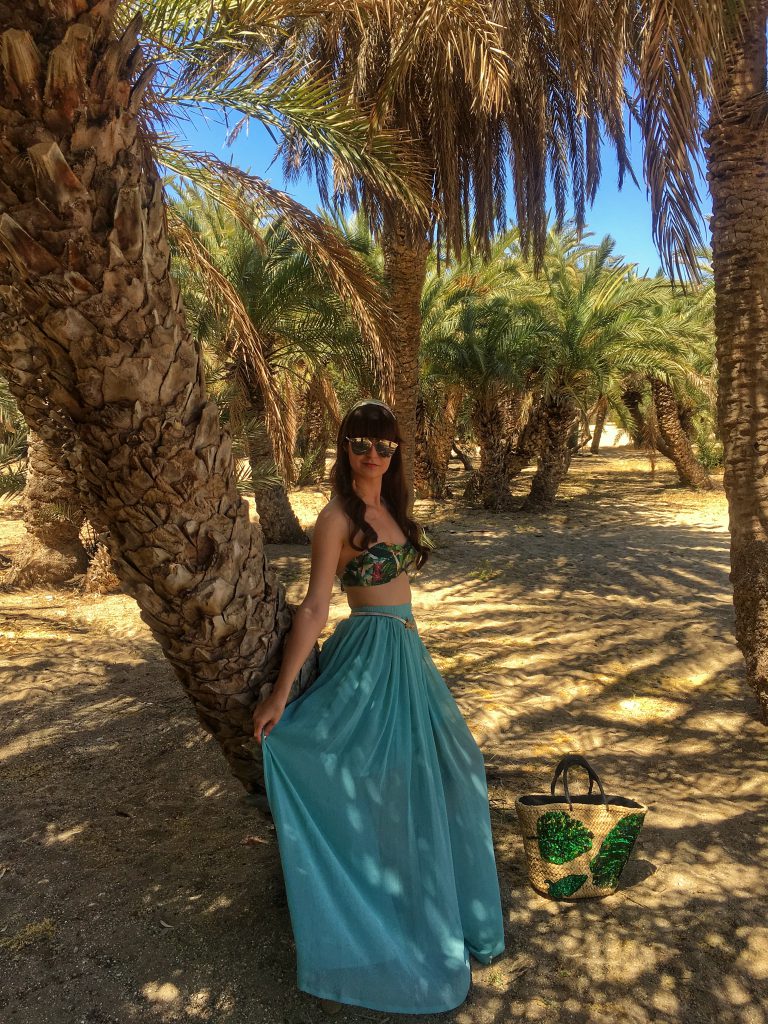 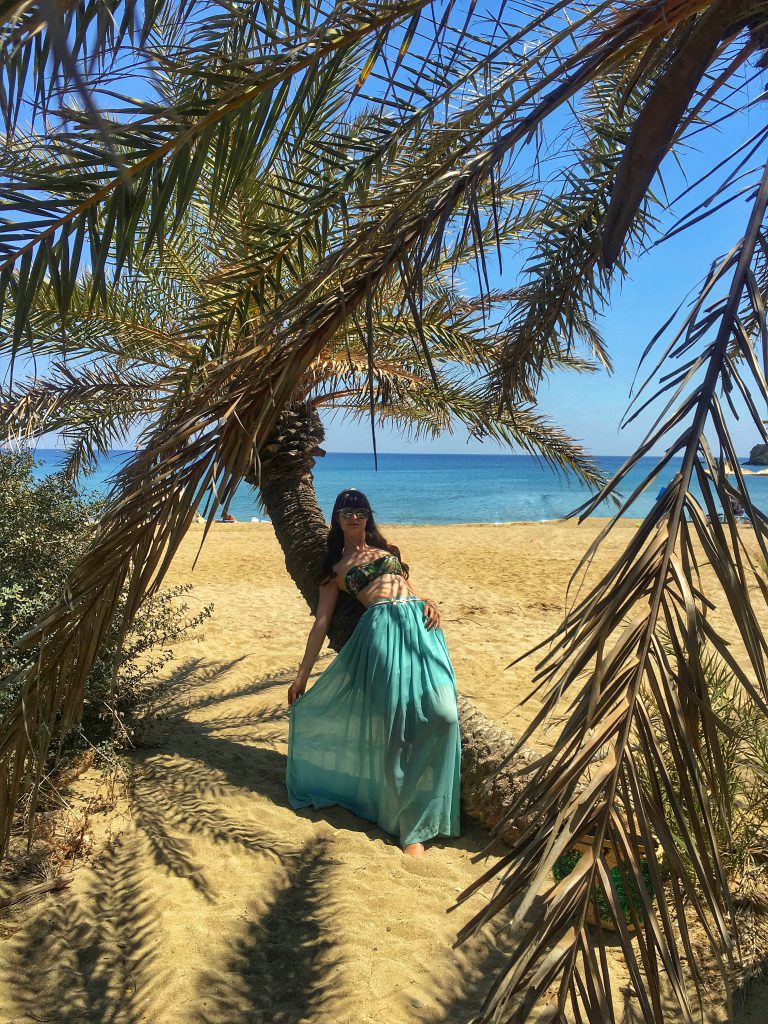 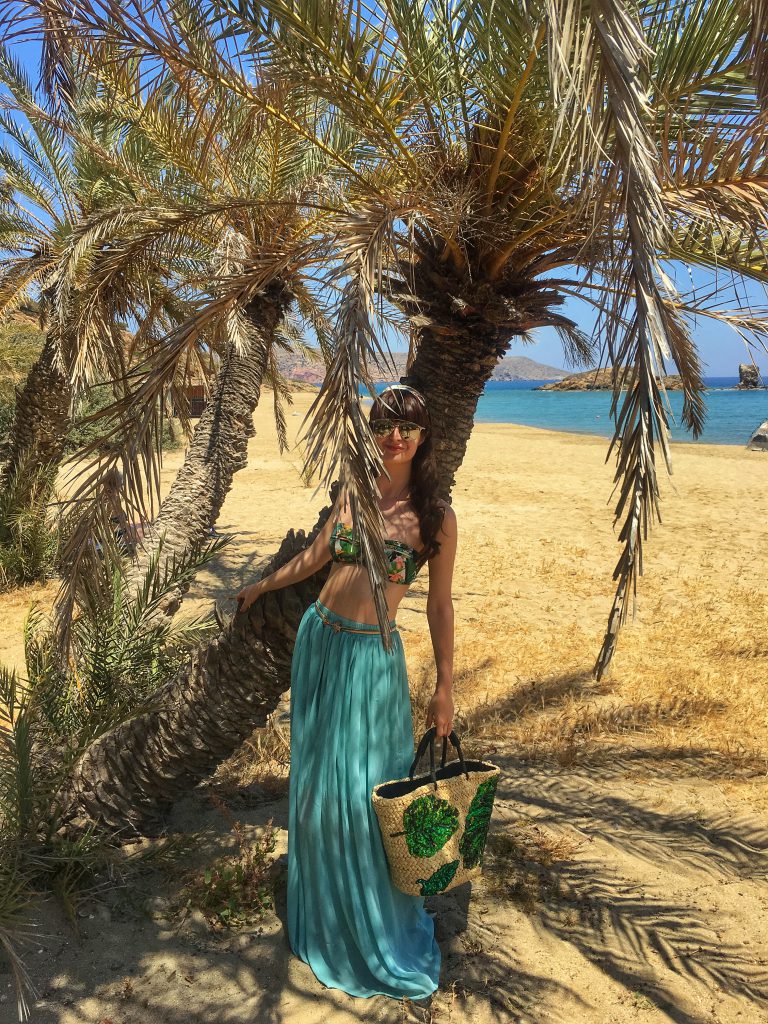 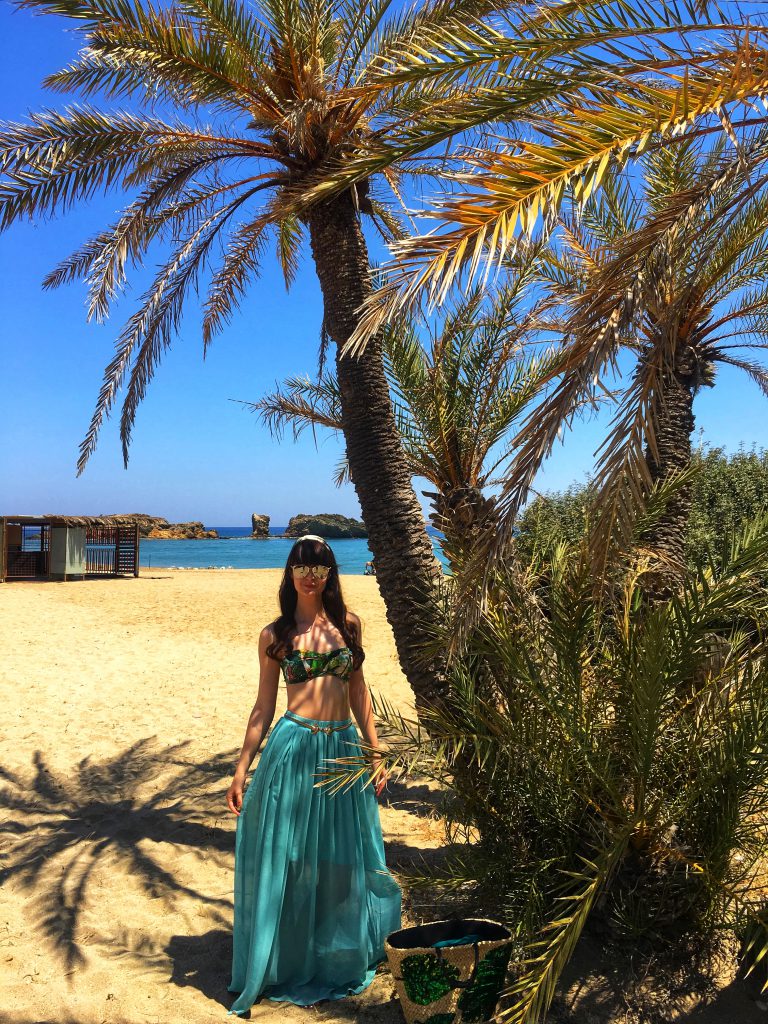 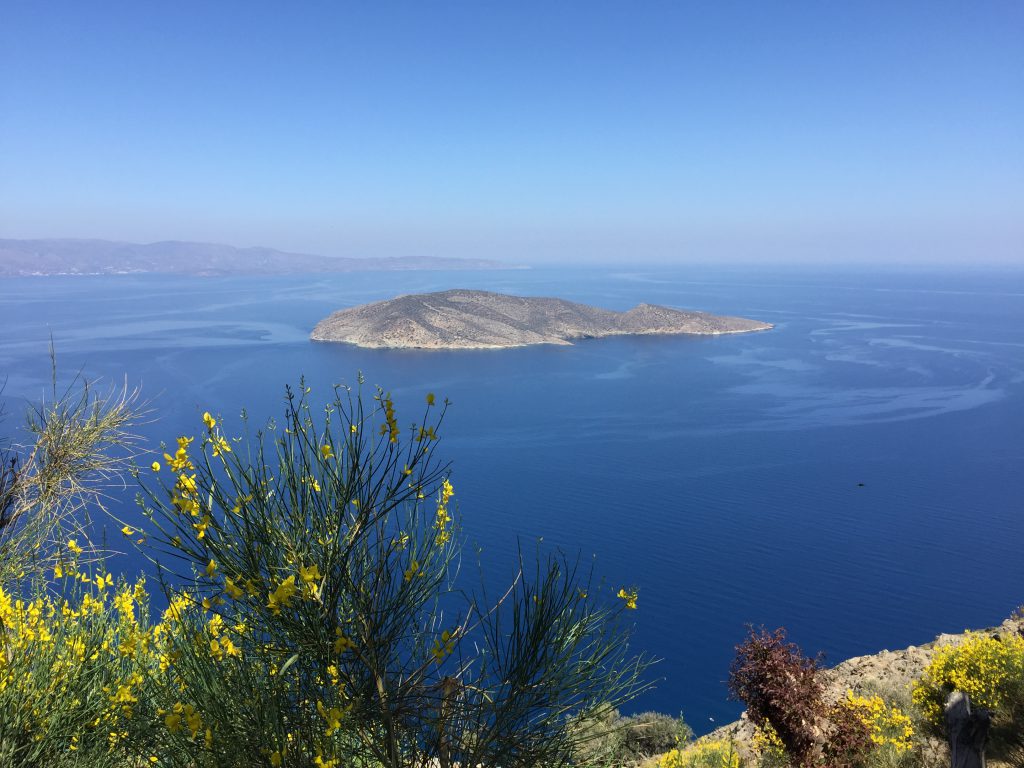 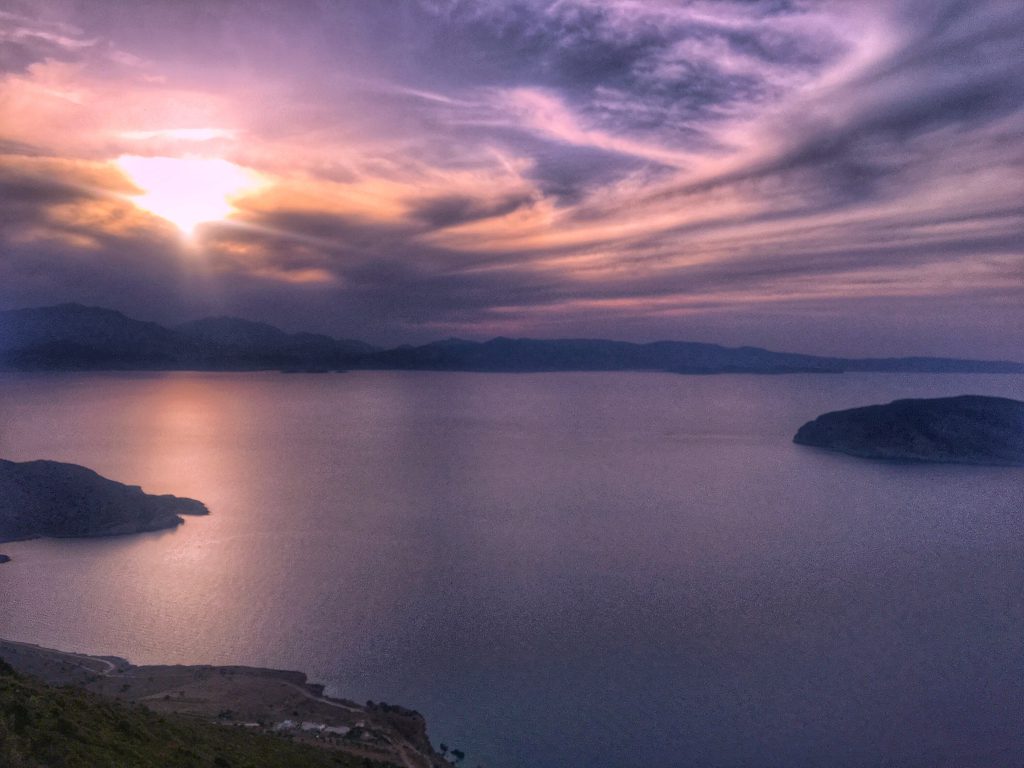 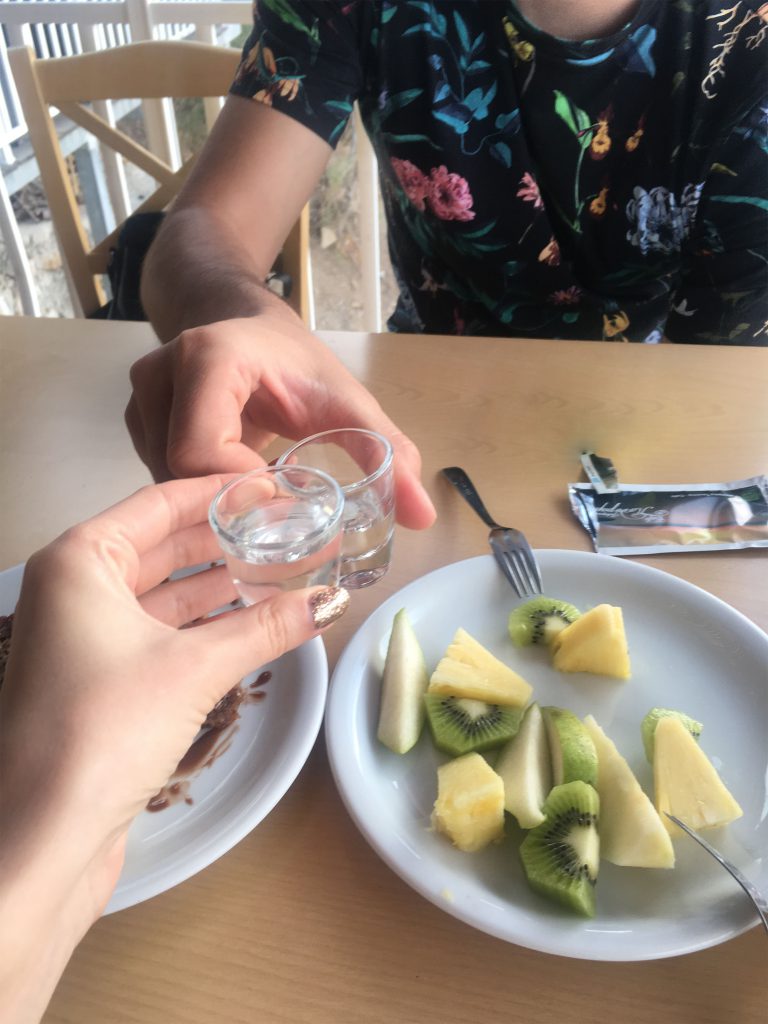 Day forth – Balos lagoon – the most unique place on the island. We travelled 3 hours and then another hour on an awful unpaved road (10 km). Keep in mind that if you travel by rented car the insurance falls out if you drive it on unpaved roads! When you park the car in the end of the road you will need to walk another 20-30 min to the beach. Another very narrow and steep path….! The view is incredible – you are too busy making pictures so you don’t pay attention to the awful path. 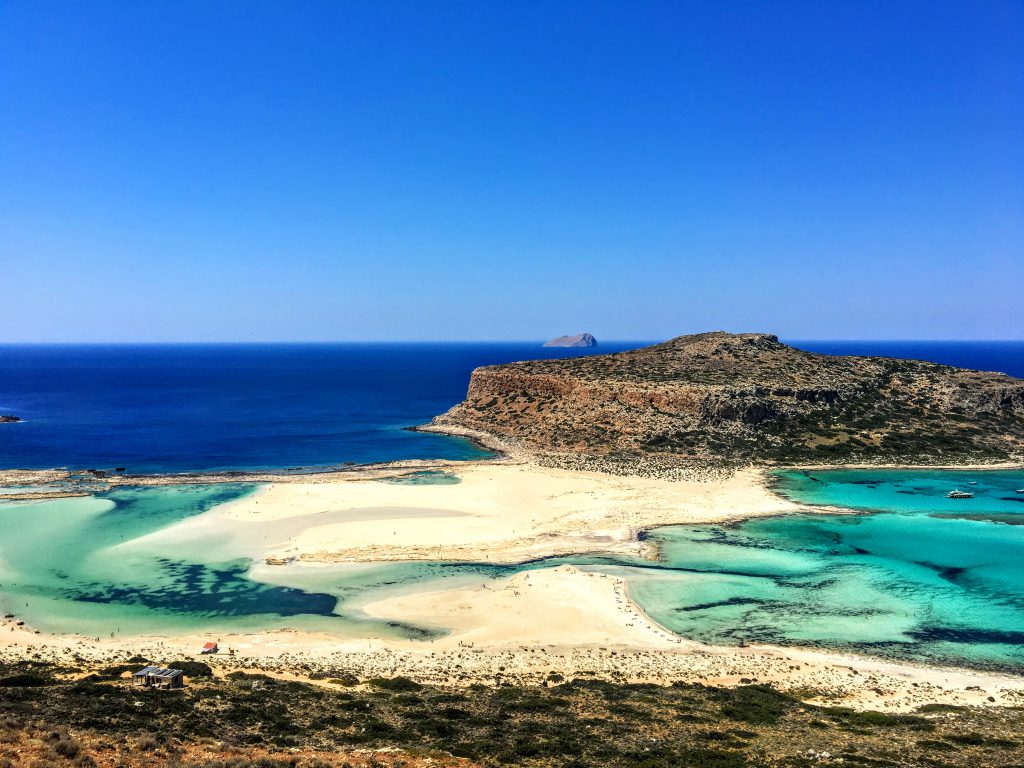 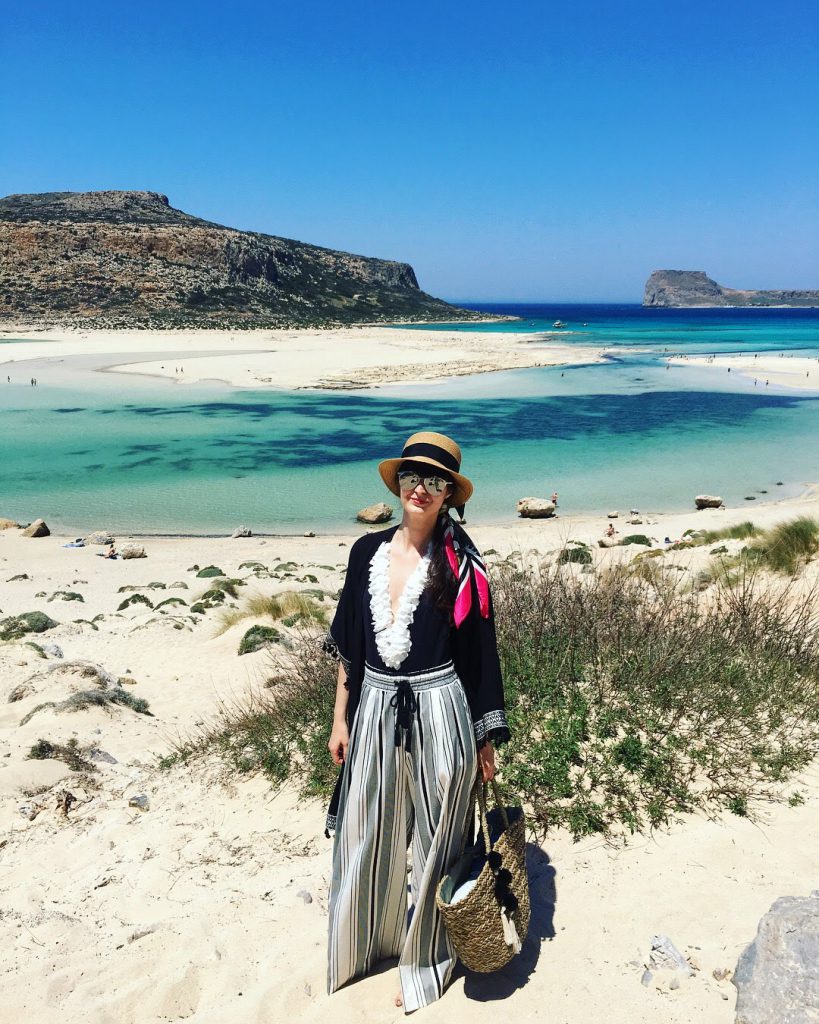 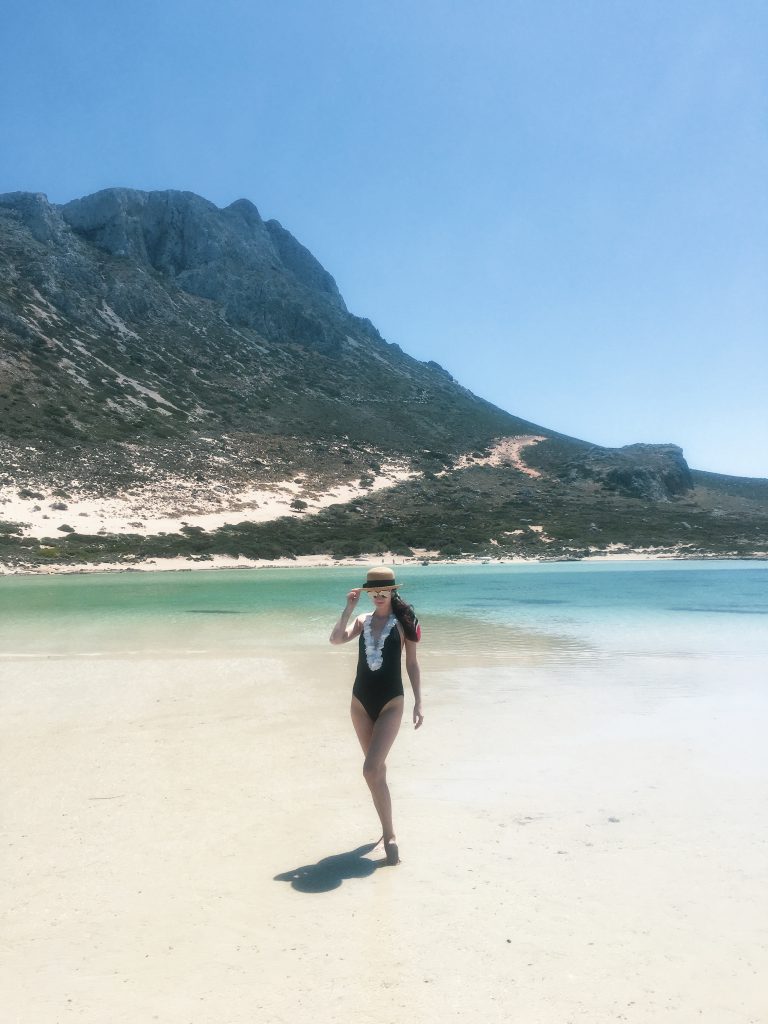 The place is one of a kind – amazing turquoise water, white soft sand… dreamy!

Using umbrellas is forbidden but many people ignore this and I have seen on pictures that in high season it’s full of umbrellas. We managed to survive without one.

There was this goat on the beach who walked around foraging for food in people’s bags.

Going back to the car was a challenge – it was too hot to climb and we eventually spread our umbrella. On the parking there was a small shop for cold drinks and local liqueurs. You can also taste them – I liked the coffee flavor and we bought some, while on the parking Kamen made friendships with a couple of goats that insisted on checking what’s in there in our car trunk. 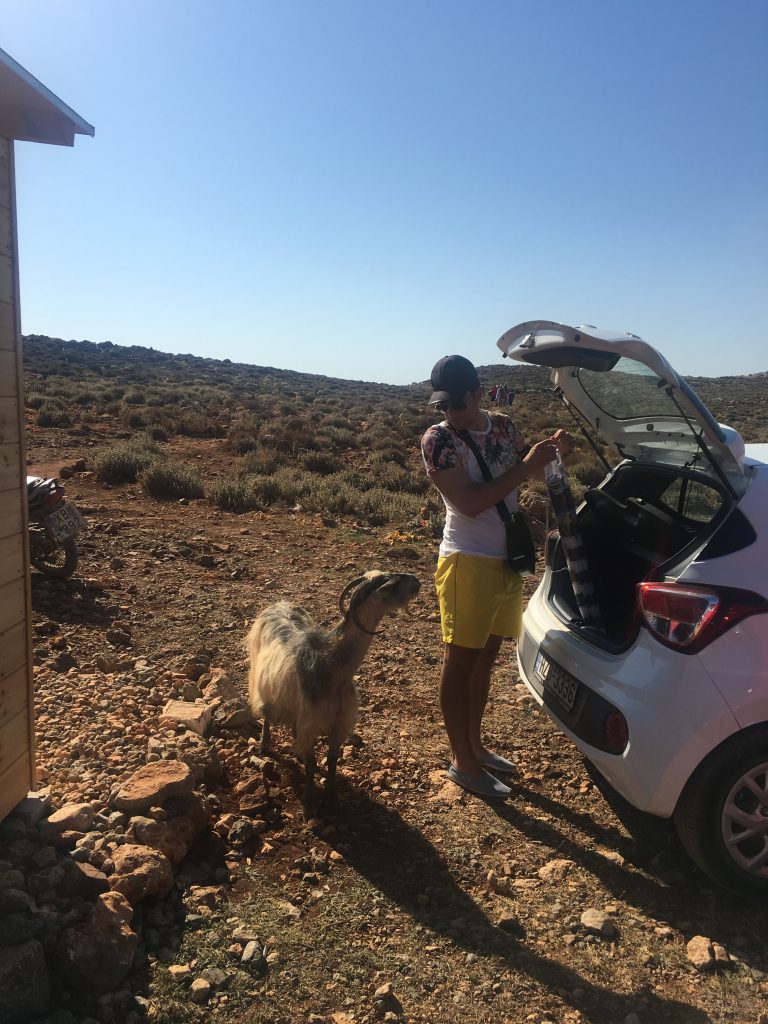 Next day – another 300 km to Elafonissi beach and back. This beach is famous for its pink sand – it’s a result of small red shells crushed in the sand. It’s very windy there and you can barely stay on one place, it was even hard to breathe. May be it’s not like that every day but exactly that day was challenging. We took a walk around the dunes and we devised something like a tent from our beach towels to protect us from the wind, Kamen even went into the water for swim. It’s the perfect spot for windsurfing.

Back to the hotel, we did some late night swim in the pool because we didn’t have much luck beaching during the day. We finished the evening slowing down the rush with a bottle of Cretan wine a selection of local cheese at the restaurant. 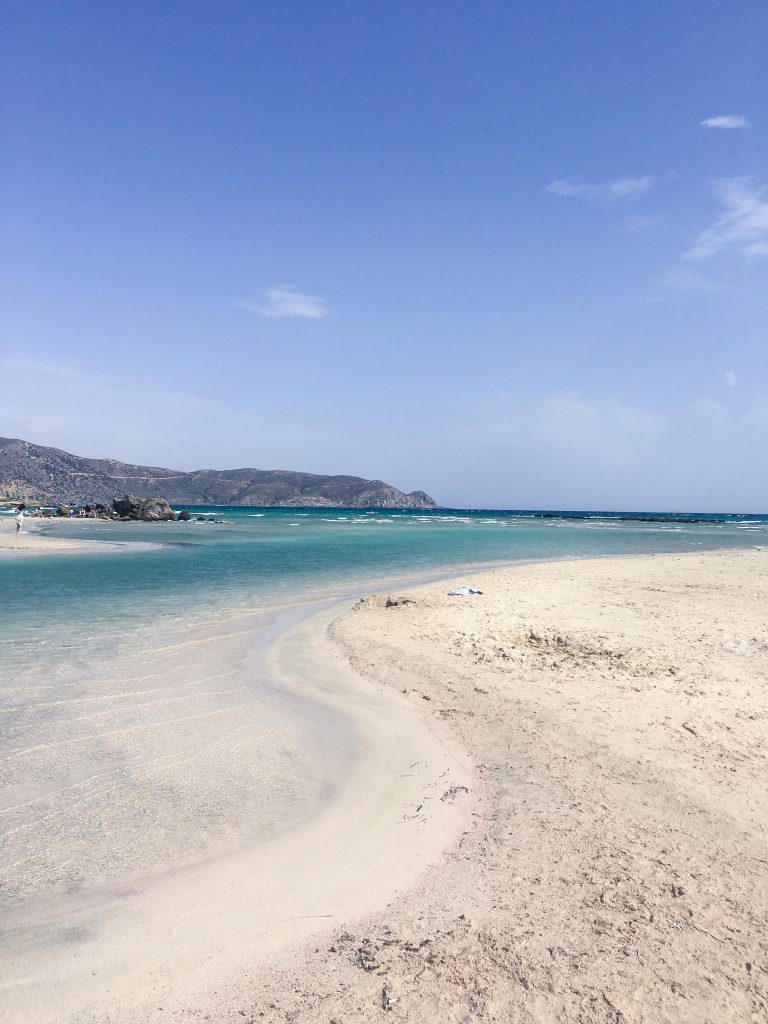 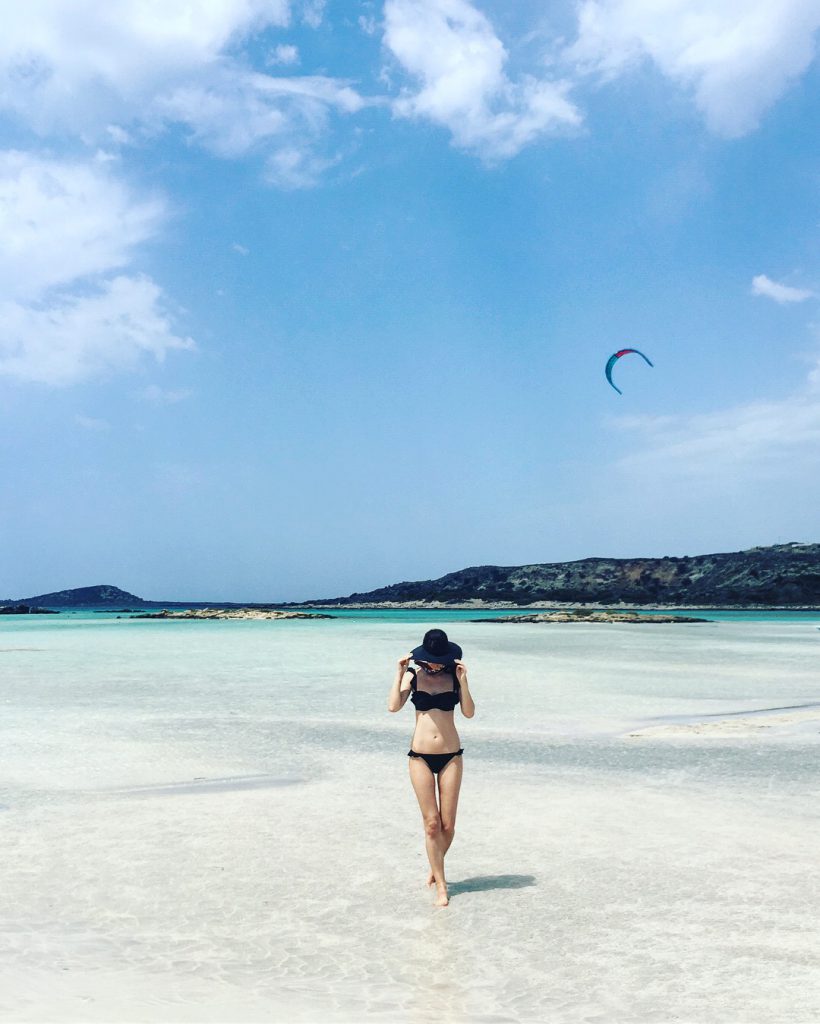 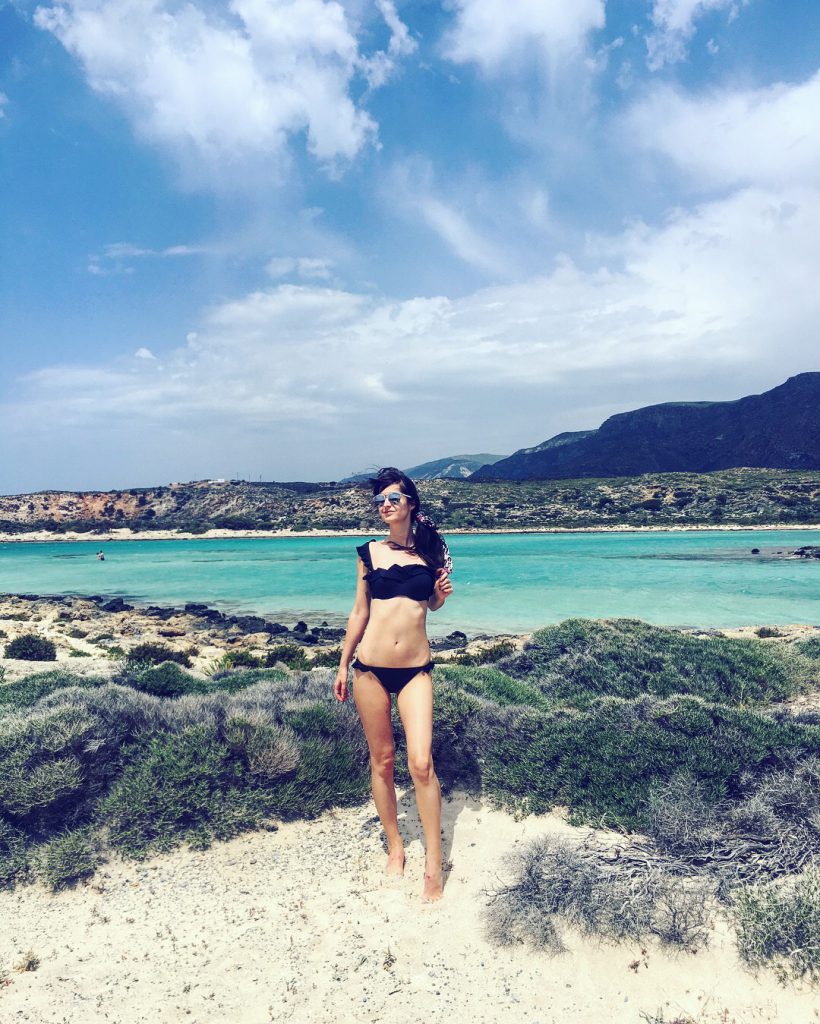 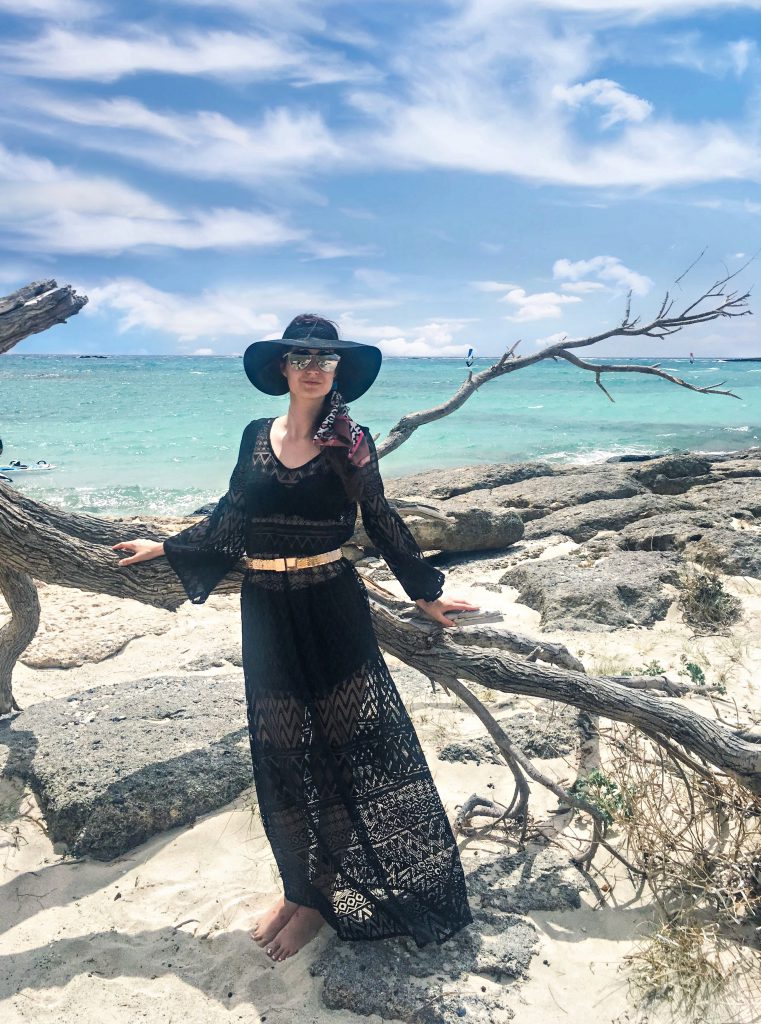 In the morning we finally found some time to relax by the pool before we hit the road again. The goal was Chania and Rethymno – the most visited cities on the island and also the most beautiful. Chania is a magical place – its old town is fascinating – lovely old buildings, narrow streets, lots of blooming plants, picturesque port. Rethymno is as charming as Chania. I just love walking around old towns like these. In Rethymno we enjoyed the sunset and went back in the car – our second home for this week. 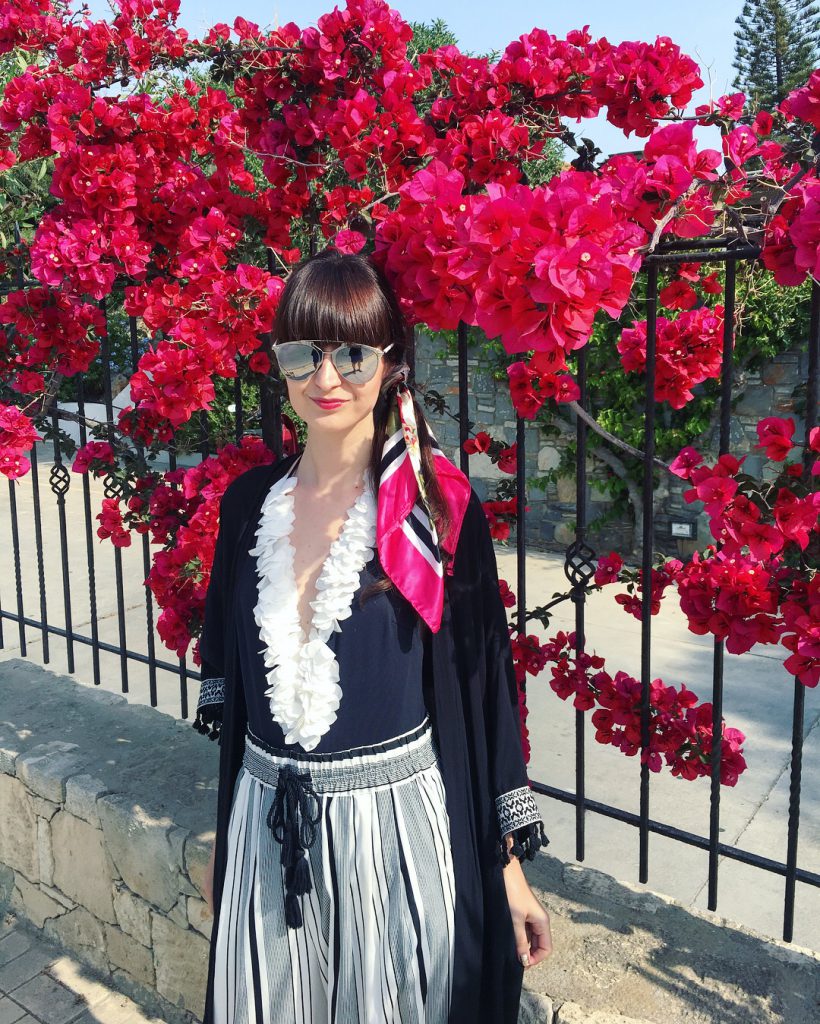 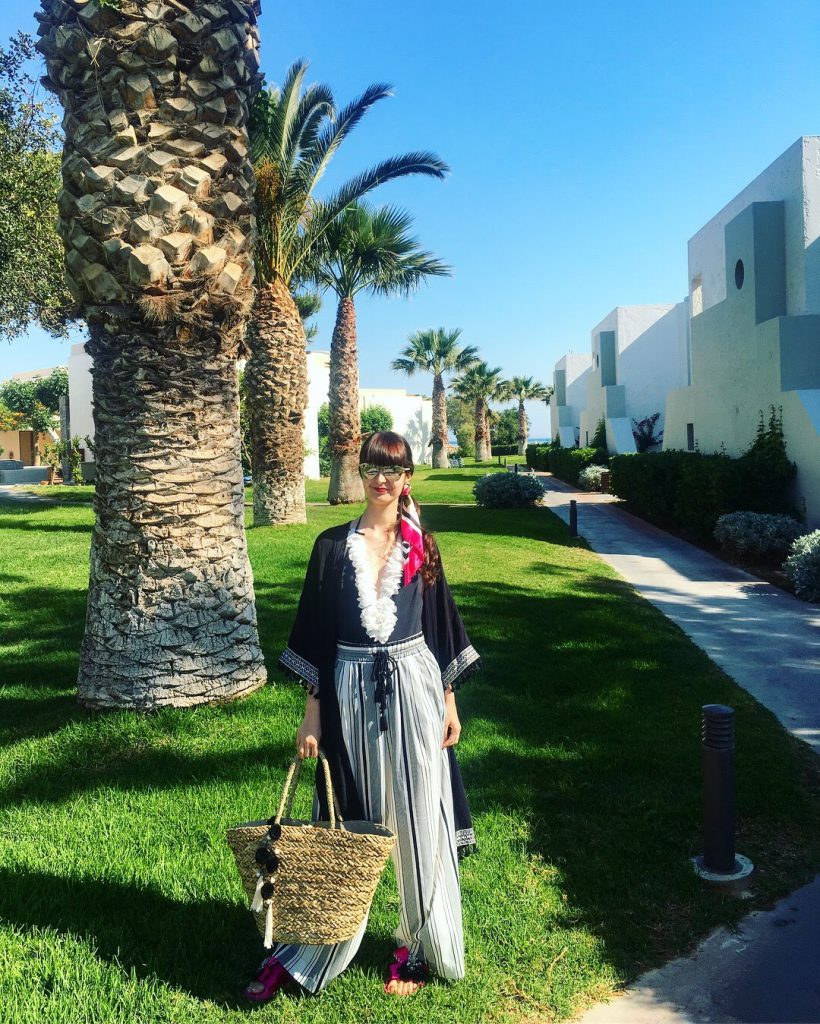 There are many places we couldn’t visit and we really wanted to – like for example the site of Knossos and Spinalonga island, but there must be something left to visit the next time we come back to Crete, right? 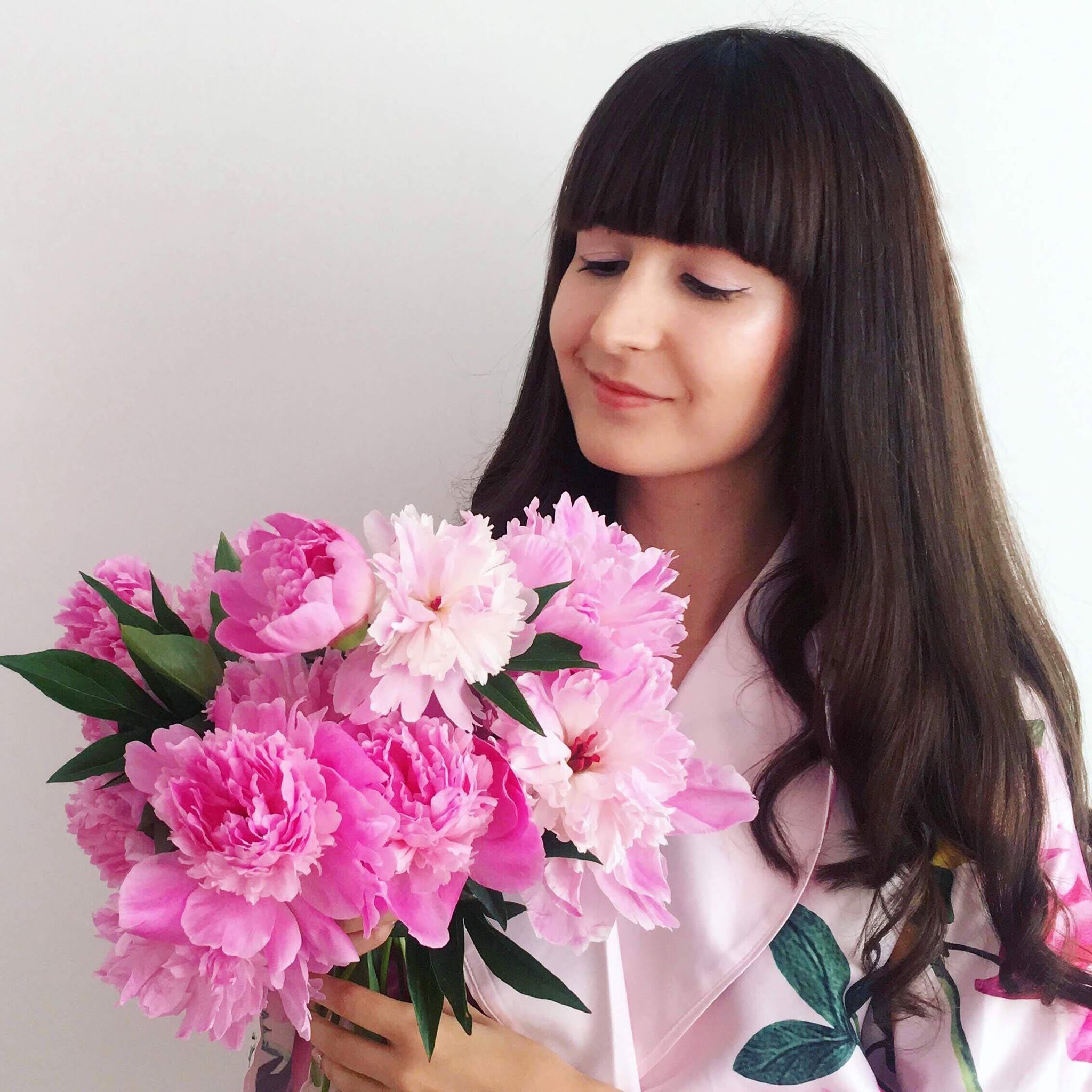 My name is Marina and I love the smell of fresh coffee in the morning, summer nights with friends and glass of wine in hand, travelling with my beloved one….

Explore Turkey with me 🌏 #turkeytourism #türk

Felt like in the movies! Cappadocia is a magical p

Explore Turkey with me 🌏 #turkeytourism #türk

Felt like in the movies! Cappadocia is a magical p